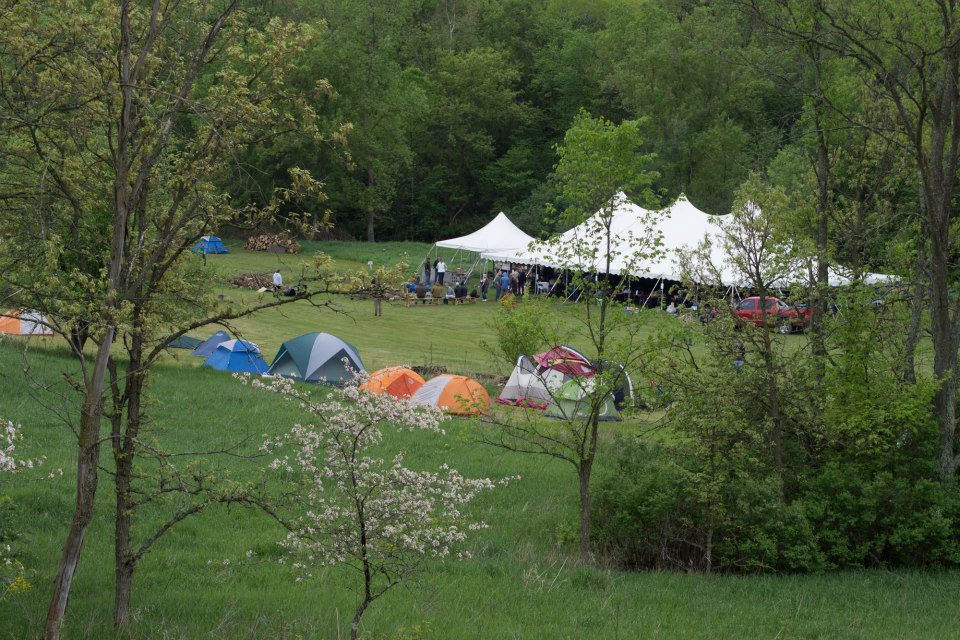 From May 23rd until 27th, 2013, 250 lay Buddhist practitioners joined the “Bodhisattva Course” with Lama Ole Nydahl at the Heartland Retreat Center, one of the two Diamond Way Buddhist meditation retreat lands in the USA, located in Wisconsin. A bodhisattva is one who has the enlightened attitude, the determination to get enlightened for the benefit of all beings.

A guest article by the Munich Buddhist sangha

Idealists mainly from the four local US Buddhist groups helped to prepare the place in the weeks before the course. Even the tics paid their respect to their hard work by withdrawing from around the meditation hall, the main house on the hill and the dozens of tents arrayed in all the wisdom colors in the valley.The atmosphere of the lectures was extremely intense and joyful. Many new friendships appeared and existing bonds deepened over the excellent meals served in the dining tent in between, only to support the great feeling from the course. The jet lag lost its grip on the Europeans soon, when Lama Ole Nydahl answered the very well prepared questions of the hosting sangha. He also gave explanations on the precious Tilopa Mahamudra text. As Lama Ole explained the meaning of the Buddhist protectors, energies helping to turn all life’s difficulties into steps in one’s development, a long roll of thunder vibrated symbolically through the valley.

Another course highlight was the fundraising auction on the last night of the course. Fifty thousand dollars were raised for the future retreat land property in Colorado, a project cherished by many. Thanks to the generosity of the participants, and the three awesome auctioneers, this amazing sum came together after a few hours filled with fun and magic on the highest level.

For the ten of us from Munich and the other Europeans on the course, it was liberating to enjoy the breadth of local nature and the American spirit of freedom, which fits so well with the view of Diamond Way Buddhism. We will surely come back. Thank you for a wonderful course.

Written by the Munich Buddhist sangha.