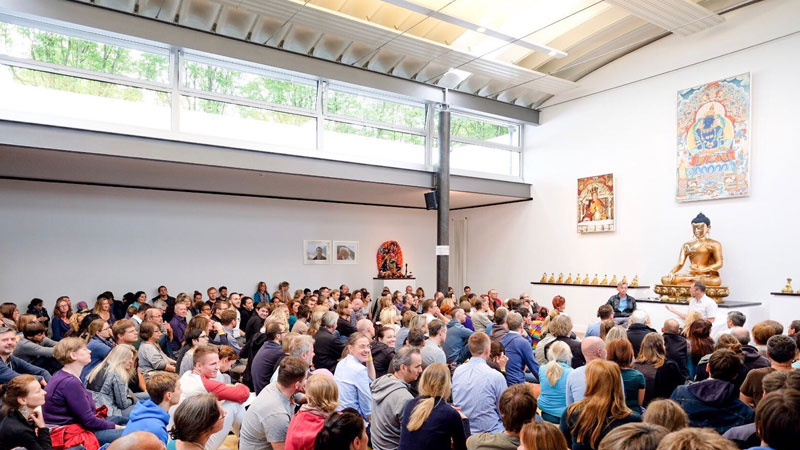 Diamond Way Buddhism around the world: this weekend Hamburg hosted the annual German Autumn Course – a gathering of students from the German speaking Buddhist centers founded by Lama Ole Nydahl.

Several hundred students from Germany, Austria, Switzerland and the neighbouring european countries listened to lectures, meditated, and spent time together. Eleven Diamond Way teachers gave lectures on the importance of the teacher in Diamond Way Buddhism, explained the foundational practices of the Karma Kagyu Lineage, and shared their years of experience as Buddhists in the modern world.

The event is part of Lama Ole’s teaching schedule that has been taken over by Diamond Way teachers during his retreat that started in June 2016.