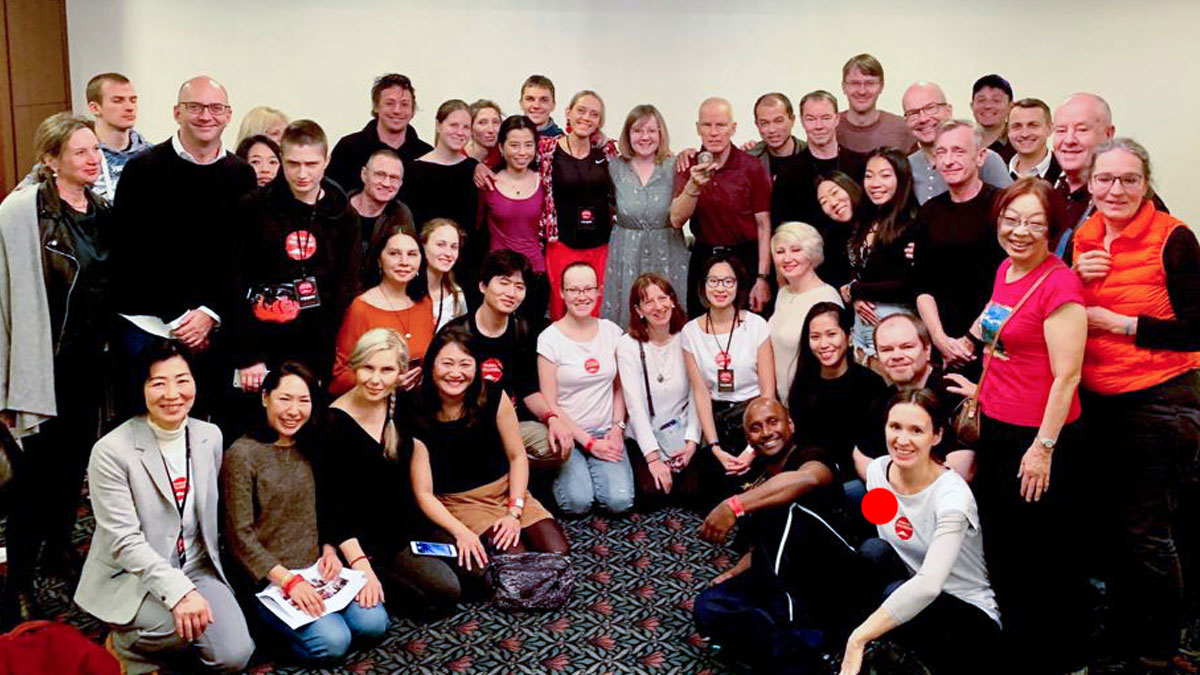 In February Lama Ole Nydahl had a remarkable visit to Tokyo. It had been nine years since his last visit to Japan. About 280 people took part in the course, where Lama Ole gave Mahamudra teachings of the Karma Kagyu lineage.

The group of Diamond Way practitioners is a small group in Japan. Most of them live in Tokyo, creating a very international group, which consists of seven nationalities. Organizing the course gave a great chance to the new local practitioners to get more involved into the voluntary work at the Buddhist Center and to gain precious experience from the work together. Conditions came together very smoothly for the course to happen. Even a translator was found: a Japanese woman living in Copenhagen, who is also a Diamond Way student, and a professional translator.

During his visit Lama Ole also found time to meet with the Asian sangha. Diamond Way practitioners living in Japan, China, Vietnam, Singapore, Korea and Mongolia had the chance to tell Lama Ole about the development and activities of Diamond Way in their countries.
Some new local visitors from our center in Tokyo took refuge during the course. This is a ritual beginning of one´s way as a Diamond Way practitioner and creates a bond between the teacher and the student. As some of the new practitioners are now joining the regular meditations, the group is working on to have the meditation and explanations in Japanese.