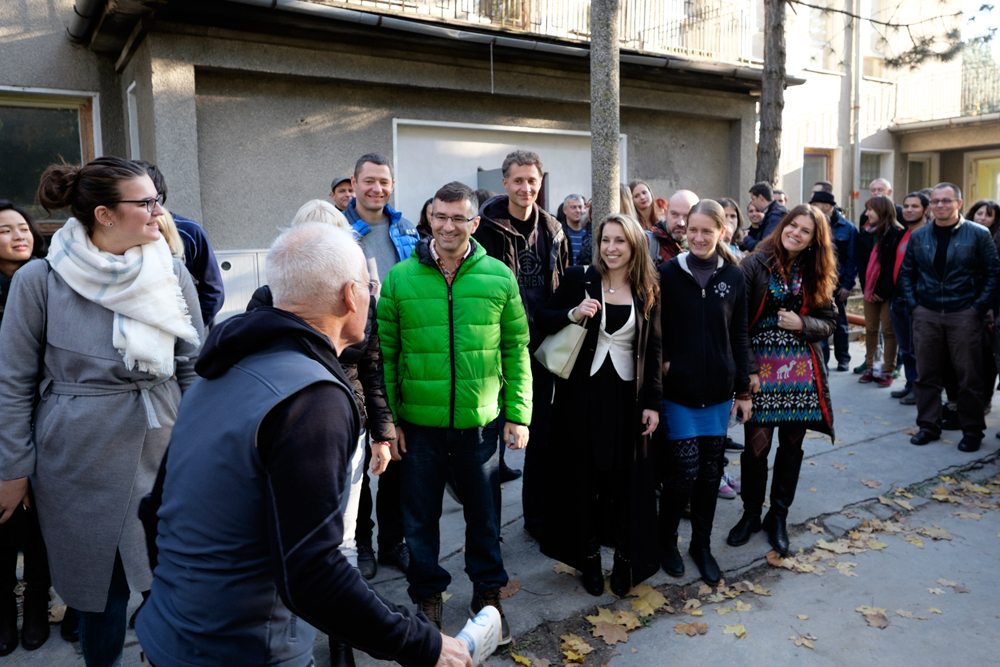 Slovakia was the last white spot on the map of Western Diamond Way Buddhism, Lama Ole Nydahl used to say. Back in 1996, he visited the little country of 5 million inhabitants located in the heart of Europe for the first time. A couple of Diamond Way centers appeared almost immediately, since there was a group of friends from all over the country who took refuge. Bratislava was among the first Slovak cities where the activity started.

Today, there are 15 centers and meditation groups in Slovakia where approximately 300 people meet and make use of Buddhist methods to discover the limitless qualities of mind for the benefit of all. All the centers in Slovakia were located in rented premises until the retreat place in Mangútovo was bought in 2005. The Buddhist Centre in Trenčín followed in 2006. However, there was no property in Bratislava for a long time.

Although there had always been a wish to have our own place in the capital city, the hard work really started in 2008. The city was searched through, the fundraising was launched, vision meetings took place and many different properties were taken into consideration and checked. On a beautiful spring day in March 2014, Lama Ole visited Bratislava and was shown a picture of yet another property. “Karma Dondrub Ling” he said after a minute – the Place of Accomplishment. Later that day, he visited the place with many friends and was very pleased.

The buying of the property took over a year, and we developed a lot of patience. Finally, on 18th of February 2015, we signed the contract.

There is a new era ahead of us, which for sure will bring joyful development and great benefit to many. The first step is to make necessary repairs (the roof, electricity, water pipes etc.) and start to use the building for the purpose of a Buddhist center as soon as possible. The second step is to accumulate enough finance and do a proper high quality reconstruction in the future with a possible extension.

Big thanks to all who made this possible, especially to Lama Ole Nydahl.