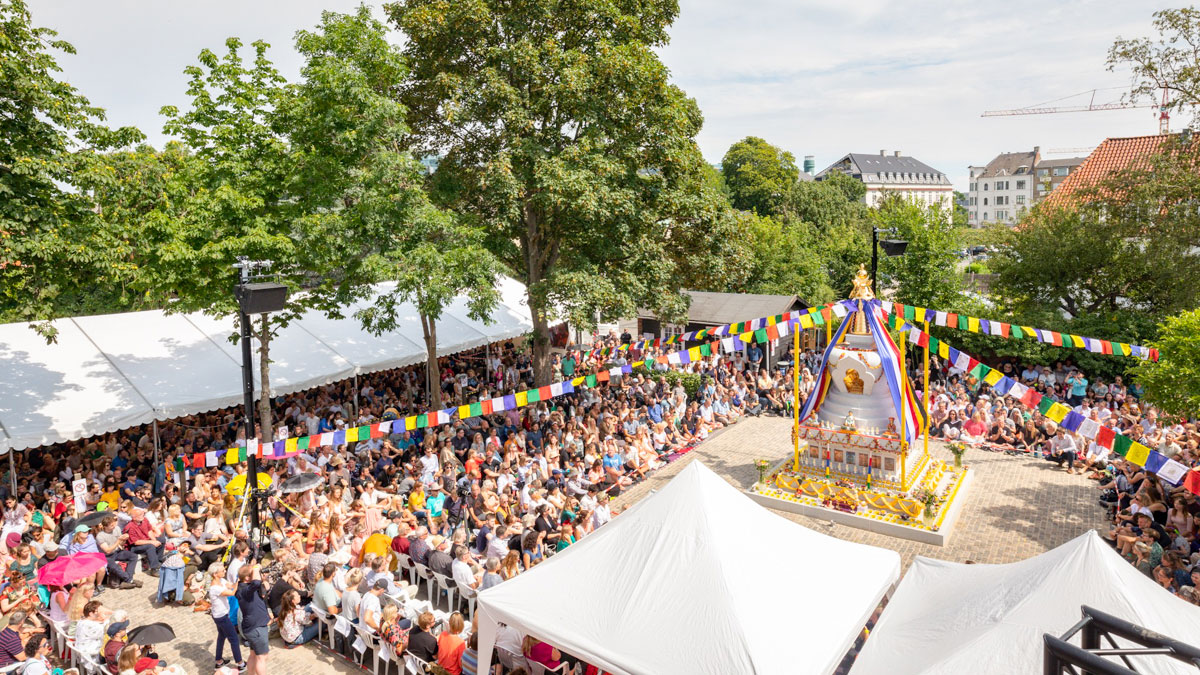 Maniwa Sherab Gyaltsen Rinpoche and Lama Ole Nydahl consecrated the Victory Stupa at our Diamond Way Buddhist Center in Copenhagen at the end of June, 2019.

Stupas are symbols of enlightenment and peace, and the victory stupa commemorates an event in the life of the historic Buddha Shakyamuni: when he prolonged his life by three months at the request of his students.

The stupa stands in the garden of our Buddhist center in the Hellerup district. Several thousand students from all over the world participated in the 3-day inauguration course, organised by our Sangha in Denmark together with many international friends.

Our Copenhagen center opened in 1972 and is Denmark’s largest Buddhist center, and one of the first Buddhist centers in the West. It was founded by Hannah and Lama Ole Nydahl in the name of their teacher, the 16th Karmapa.