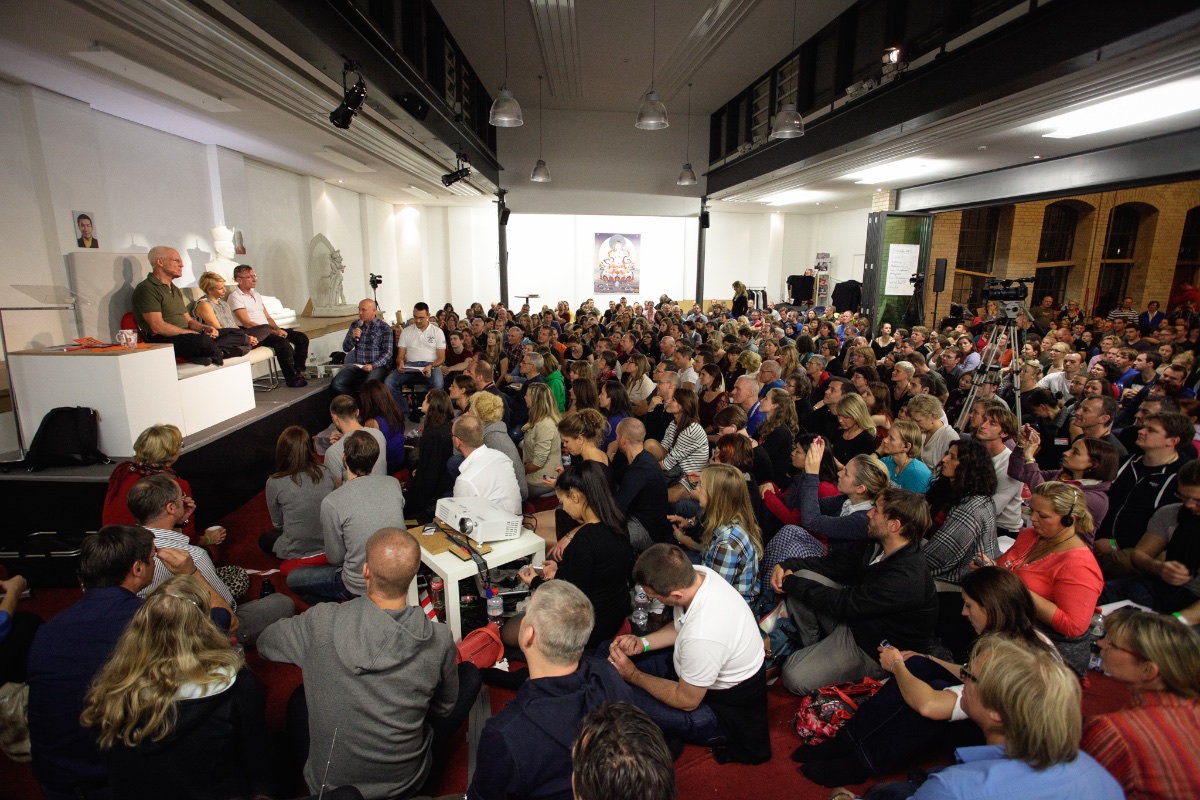 Many hundreds of delegates from more than 150 German-speaking Diamond Way Buddhist Centers as well as more than a dozen European countries came together at the ‘Buddha Factory’, the hosting Diamond Way Buddhist Center in Braunschweig. In addition, the event was also streamed online to hundreds of Buddhist centers worldwide. The centers, regions and projects presented their work and exchanged with each other over the course of 2 days on October 25–26, 2014. Lama Ole Nydahl, together with Caty Hartung, answered questions about various center matters.

A preview of Lama Ole Nydahl’s teaching schedule revealed that most of his lectures and courses around the world in 2015 will be dedicated to teachings on Mahamudra, which are rarely taught in the Western world. Commenting on classic Buddhist texts of the 3rd Karmapa, 16th Karmapa, Tilopa and Lama Zhang, Lama Ole explains in detail this highest enlightened view and the path towards using that perspective in daily life.

Caty Hartung gave an account of the close collaboration with other Buddhist organizations under the spiritual guidance of H.H. 17th Karmapa Thaye Dorje. Since the passing of the 14th Shamar Rinpoche Mipham Chokyi Lodro at his center in Renchen Ulm, Germany on June 11, 2014, several events and communications have been organized together with Bodhi Path and the French Federation of Karma Kagyu Buddhist Centers. Collaboration is also running very well across Buddhist traditions within the German Buddhist Union, the umbrella association of Buddhist organizations in Germany.