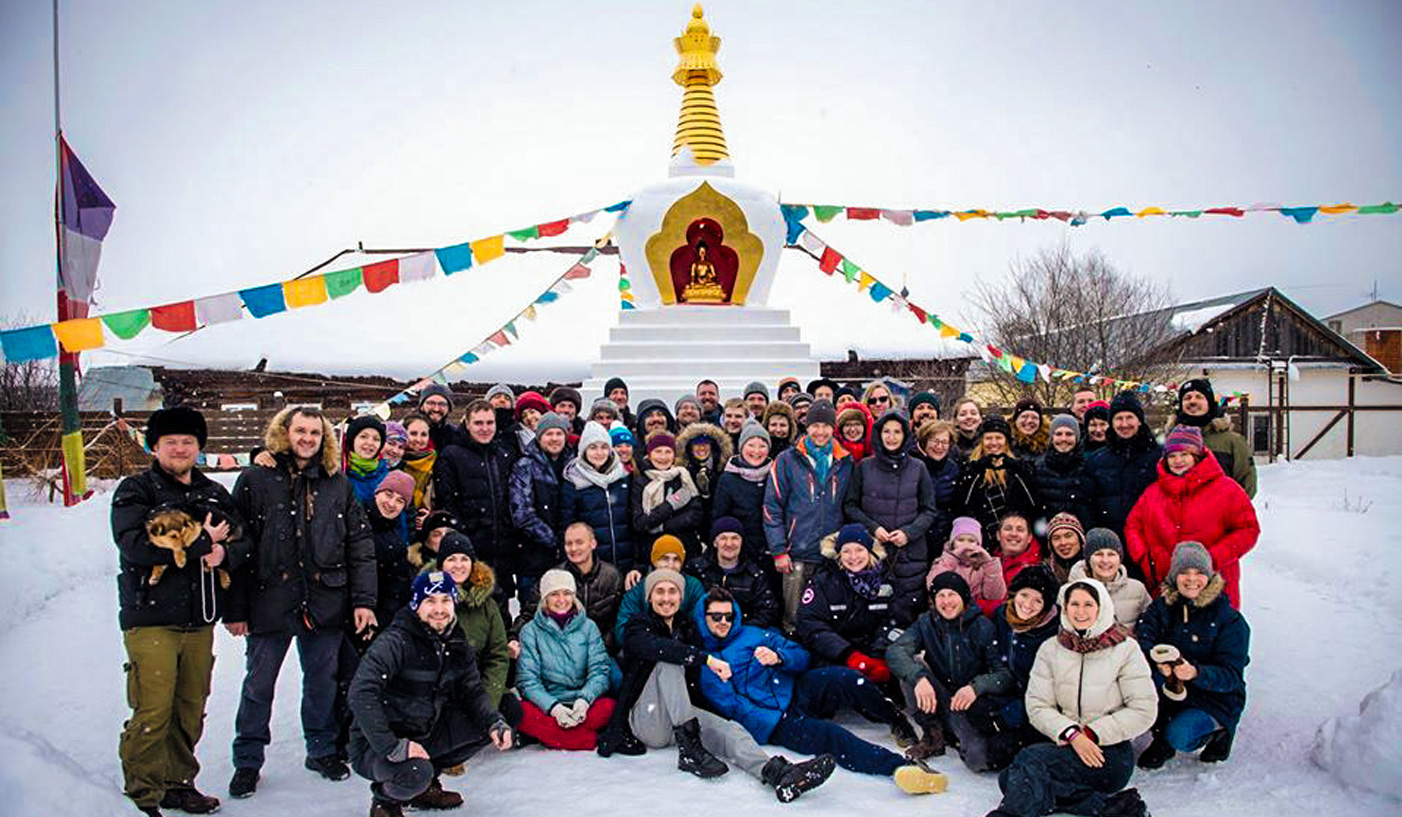 This year saw the 29th edition of the Winter Tour, and it was much different than usual.

It was attended by about 120 friends from 16 countries, which is not as many as in previous years. The tour went on for one month, and we visited 15 places. In total, we covered 9300 km by train and over 1700 km by bus.

However, the main reason that made it different from the previous tours were numerous last-minute changes throughout the journey. First, the visit to Mongolia was cancelled, and then the course in Vladivostok followed. In the meantime, there were constant minor changes in routes and plans. However, this obvious manifestation of impermanence did not hinder the tour, which proved to be full of inspiration and blessing.

Over 2,500 people attended the first course with Lama Ole in Moscow. The capital welcomed the Tour with a rare this winter snowfall. From there, we travelled to Nizhniy Novgorod, Kazan and Morki Retreat Centre where we visited the Stupa of Enlightenment and carried on to Ekaterinburg in the Ural region.

Another stop on the journey was in Krasnoyarsk with its Stupa of Enlightenment, inaugurated in 2017 by Sherab Gyaltsen Rinpoche. The Tour followed on to Irkutsk with an 850-person course with Lama Ole. During the four days of the course, friends enjoyed a bit of freezing cold, the bright Siberian sun and traditional Baikal dives.

From there we travelled to the fantastic Tankhoy, where Lama Ole paid a visit a few days before us. It is a place located on the shore of Lake Baikal with a Victory Stupa dedicated to Lama Ole. After that, we carried on to Ulan-Ude, the capital of Buryatia, with its numerous Buddhist sites and temples.

After Ulan-Ude, our group divided into two; one part travelled to our Buddhist Centers of the Far East of Russia, while the other group stayed in Buryatia for the program that was introduced instead of the Mongolian route of the tour. This swap turned out successful, as Buryatia, which is located on the eastern shore of Lake Baikal, is almost Mongolia. The places we visited in the Barguzin Valley are known for being the motherland of Genghis Khan’s ancestors. According to some legends, he is buried there.  Some friends also visited a place of Sarasvati’s manifestation on a rock and had a wonderful meditation course near the Baikal. 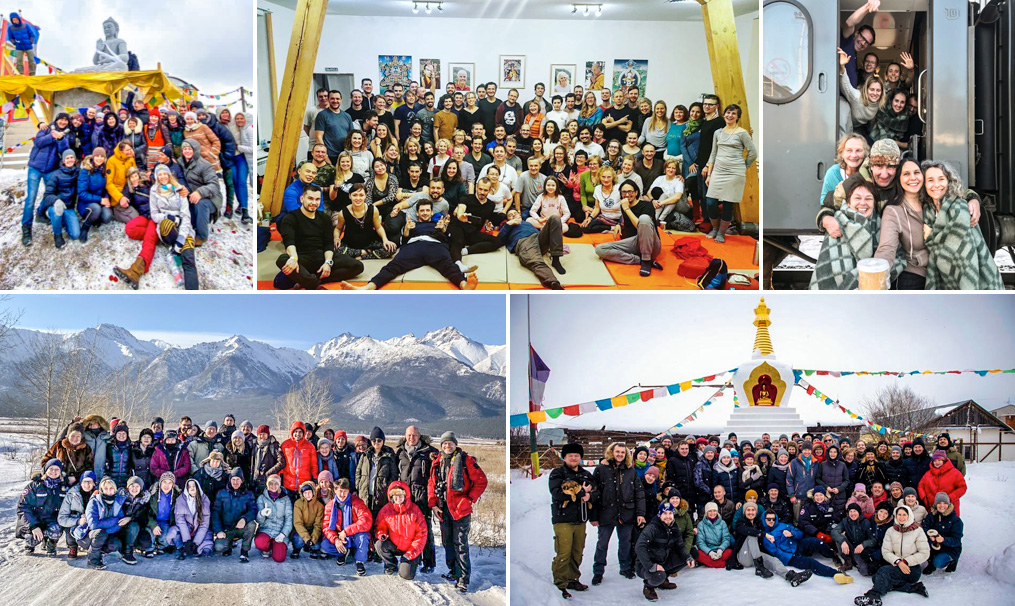 Meanwhile, others were travelling through the Russian Far East – Chita, Belogorsk, Blagoveshchensk and Khabarovsk. Finally, both groups joyfully reunited in a train from Khabarovsk to Vladivostok, the great outpost of Diamond Way Buddhism in the Far East. Each year our friends in Vladivostok host the last leg of the Winter Tour, witnessing inspiring deep bonds which were forged and heartfelt farewells of friends who have become very close during these weeks.

In Vladivostok, we witnessed another special event, the official opening of a huge granite statue of Buddha Amoghasiddhi in the Diamond Way Buddhist centre.

Despite – or perhaps because of – the many changes, this tour was unforgettable. Those who joined the Winter Tour and visited Russia for the first time, as well as others who have been there before, promised to return as soon as possible because they fell in love with the country and its people.

The most important thing, in 2021 we will have an exceptional anniversary – the 30th edition of the Tour. I will be as always full of incredible blessings, adventures and most profound connections of friends on the Trans-Siberian Railway. Make sure to join us – don’t plan anything else for the next January and February and check the travel plan updates!

The 9th annual Americas Course was a powerfully joyful return to form. During the last weekend of February 2022, over 250 people from more than a dozen countries gathered near Cancún, Mexico for meditation practice and instruction, panel lectures, and … Continued