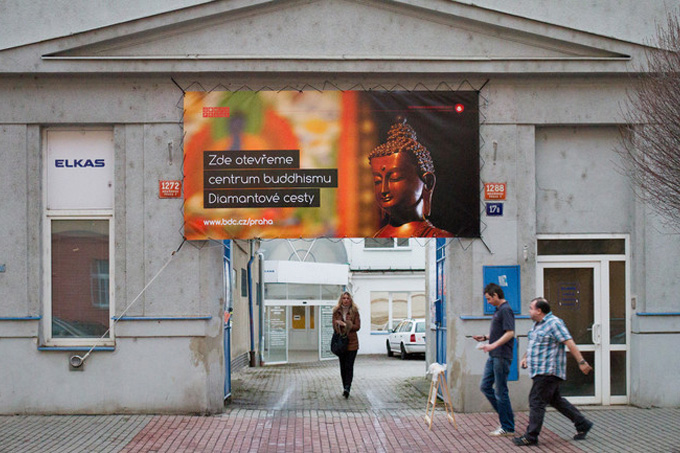 Czech Republic is a relatively small country in Central Europe, known in the world mostly for its great beer, ice-hockey players, top models, and Prague – its picturesque and lively capital on the Vltava River. Not many know that it also has one of the highest numbers of Buddhist centers per capita in the West.

Diamond Way Buddhism put down roots in the Czech Republic almost two decades ago when Lama Ole Nydahl founded the first center in Prague.  Now, after years of meeting and meditating in various rented premises, the growing Prague Buddhist sangha found its own place in the young and fast-developing district of Holešovice in Prague 7. This brings Prague amongst the growing number of European cities that offer the possibility for people to meet with the timeless wisdom of Buddhism in the context of modern, spacious, and publicly accessible Buddhist centers. 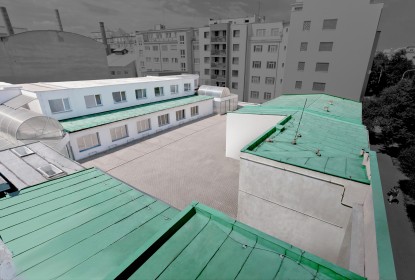 After eight years of systematic searching for and checking four hundred buildings, the so-called Gompa Praha project has finally reached the point where we have found an excellent property. It has both the short-term potential for moving in fairly quickly and turning it into a functioning Buddhist center, and the long-term potential for growth into a representative public face of Diamond Way Buddhism in the Czech capital.

Over the eighteen-year long history of Diamond Way Buddhism in the Czech Republic, several thousand Czechs have become Buddhist practitioners, having been integrating Buddhist meditations and other methods into their daily lives. With over fifty places where one can meet with Diamond Way Buddhism in this relatively small country of 10 million inhabitants, it has probably one of the highest numbers of meditation centers per capita in Europe. The biggest Buddhist centers are in Prague and Brno, forming the backbone of this network. While the Brno sangha had already inaugurated their own newly built center in 2011, Prague and its over two hundred members had to wait two more years until finally, ten days ago, Lama Ole Nydahl visited the newly purchased place and inaugurated the soon-to-be gompa or meditation room.

Several interesting properties appeared in the past. The previous project made us busy for four years taking us through many obstacles and helped us understand our true needs. By the middle of summer 2012, after we finally had to decide to abandon it, we found ourselves in a situation where we had already a reasonable amount of money collected from individual donations, but no property to buy.  Several days later, an opportunity, which we had disregarded a year earlier, suddenly reappeared. This time, more experienced and with our needs cleared up, we at last realized its great potential and immediately agreed on its purchase with the owner.

Since then everything has gone smoothly. During the following four months, we arranged funding all the missing funds, started planning the first stage of reconstruction and with the center’s inauguration, have now officially started the development of the Gompa Praha project. We expect to be moving in by the second half of this year.

Please enjoy the pictures below and visit our website for more information: www.gompapraha.cz/en